While the depths of love you and your beloved share run far deeper than mere words can ever hope to express, there is still the licensing and paperwork, held so dear by the laws of man and state, to be dealt with. Yes, ever since the beginning of time it seems that when it comes to marriage there was always a contract!

This link is to the New York State Department of Health and the information there is straight from the horse’s mouth so to speak, on how to get married in New York State.The license is a statewide license, so it can be issued from anywhere in the State of New York and the ceremony can take place anywhere in the state. If you are being married in New York you must have a New York Marriage License. If you are from another state, a license from your home state is NOT valid here, and it cannot be used in New York.

To get a New York State Marriage License, you will need 2 forms of ID. The first category is a Passport or Driver’s License. The second category is Birth or Baptismal Certificate. If your Birth Certificate is not in English, they will ask for a certified translation. See link above for alternate forms of ID.

The City of New York now accepts a single form of ID. So a Passport or Driver’s License is all you need at any of the 5 City of New York City Clerk’s Offices. See link below for more NYC information.

If you or your fiancé were previously married and were divorced, you will need proof of the divorce.
Where do you get that? Here ya go! http://www.health.ny.gov/vital_records/divorce.htm

If you or your beloved have been widowed, you will need a death certificate.
Where do you get that? Here ya go! https://www.health.ny.gov/vital_records/death.htm

In general, a New York State Marriage License is good for 60 days, but takes 24 hours to mature.

However, the City of New York issues special Marriage Licenses to Active Military, that are good for 180 days.

The link to New York State’s website above details the options that you have for your new last name. The City of New York has recently changed their process to allow you to choose from only the names on your ID, and the name in full. If you are planning on dropping a name, creating a new name, or doing something that does not match one of your current ID’s, you can only do this with a license NOT issued by the City of New York.

Your officiant has 5 business days to return the Marriage License to the clerk’s office that issued it. The clerk then sends the couple a Certificate of Marriage. Processing time depends on the office and the time of year, however you are legally married from the date and time you took your vows, as indicated on the Marriage License.

The City of New York is different than Long Island on some points.
The City of New York has online forms that you can fill out at home. The information stays in their system for 21 days and the license is good for 60 days from the day you go there with your ID and pick it up.
(City of NY City Clerk’s Website)

Active Military – If either spouse is actively serving in the military, NYC will issue a Marriage License that is good for 180 days. You will need valid military ID and the Manhattan Location allows couples to return their own licenses. So if you want the Certificate of Marriage immediately instead of having it mailed to you, this is an option to consider.

Lost your original Birth Certificate? No problem here’s where to get a replacement:
https://www.health.ny.gov/vital_records/birth.htm

Where do you go to get a Marriage License?
City and Town Hall Locations

Already Married, have your Certificate of Marriage in hand and are ready to Change your name? Name Change Forms

Thinking about having a friend or family member ordained to marry you?

Who can legally marry you on Long Island is a can of worms. As of 2017, the Towns of Smithtown and Islip have limited their officiants lists to only those with Civil Authority. This is because of grey area that online ordinations have created. The new lists are of Judges, Mayors and Clerks. The last ruling in 2014 stated that marriages performed by online officiants were “potentially invalid or at the very least in jeopardy.”

Because there is no Statewide licensing or registration, some of the catering halls that we work for have been asked by their lawyers to keep our credentials on file, because of the liability issues created by marriages performed by those who do not meet New York State’s requirements. The cases currently in the court system, with their appellate division are noted in the Article Section. The progress of these cases will be the only clear answer to this question.

How can you be sure that I am legally able to marry you?

If you get your marriage license at the Town of Babylon or the Town of North Hempstead, they will give a list of officiants who can marry you. I am on those lists.

The City of New York, the only place in the state that recognizes online officiants, did not start doing so until 2006. Anyone registered before 2006 has had their credentials checked by what were at the time statewide requirements, and can perform legal ceremonies in all parts of New York State.

There is no such thing as a State wide registration. NYC is the only place that requires officiants to register.

While NYC accepts a single form of ID, being a Passport or Drivers License, please remember that Nassau and Suffolk Counties require 2 forms of ID. First category is a Birth or Baptismal Certificate, Second is a Passport or Drivers License. And of course if either of you has ever been married before, proof of termination of the previous marriage (original or certified copy).

The content of this page was graciously provided by Marie April Gismondi of The Church of Ancient Ways. 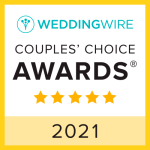